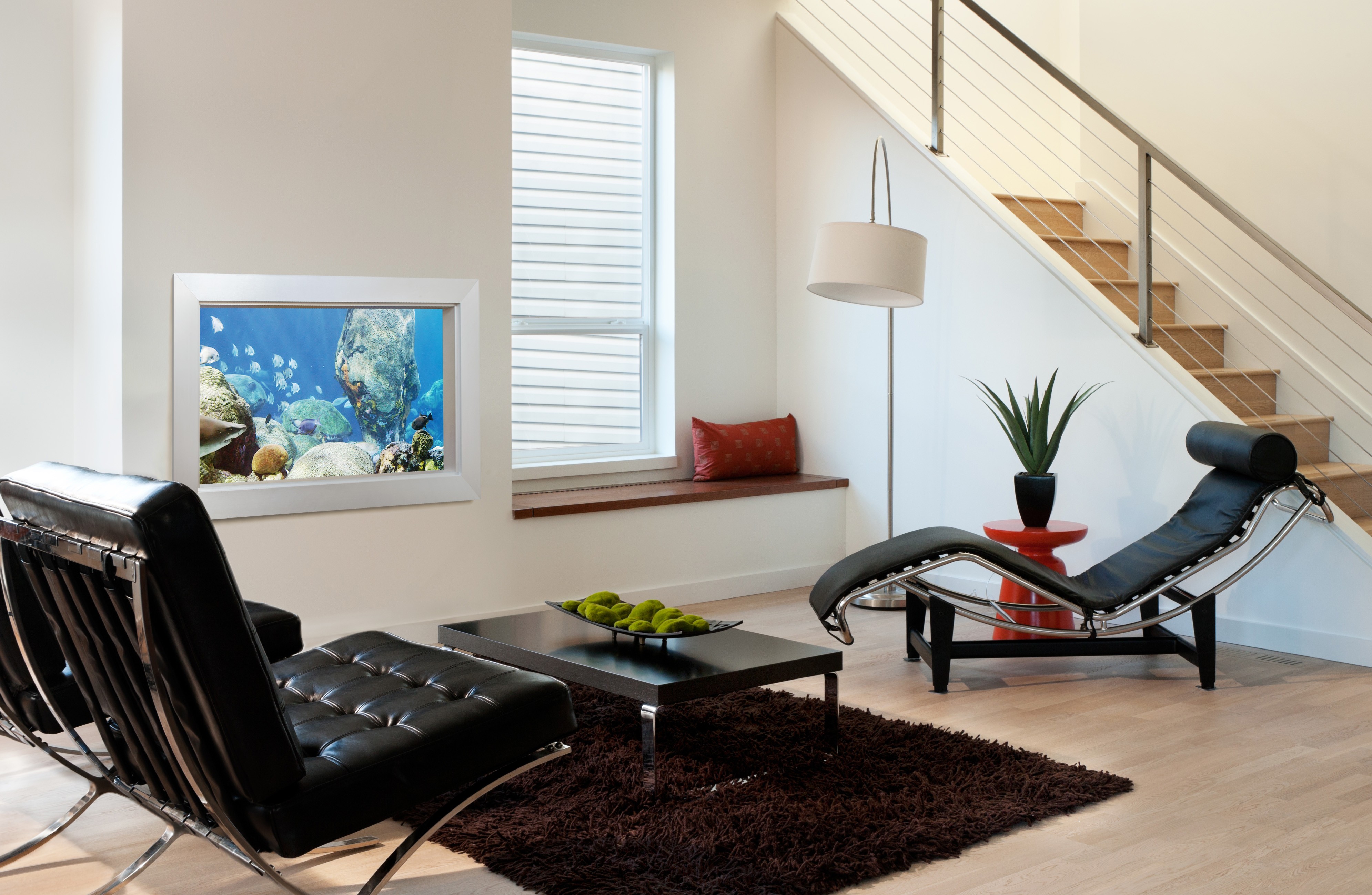 Sky Factory proudly introduces eSea, a Digital Cinema Underwater Experience, designed to provide the visually soothing, therapeutic benefits of live aquariums—restoring emotional balance, reducing anxiety, and lowering blood pressure—while submerging the observer in a deeper experience, one that enlivens our innate, genetic-based need to bond with living systems by bringing the illusory depth of the sea and other bodies of water, inside.

Research indicates that restorative environments are defined by a nature connection. Due to its exotic ecosystem, marine life in particular exerts an alluring hold on our collective imagination.

Maintaining a live aquarium is however a challenge for highly regulated indoor environments. With eSea it is possible to experience the therapeutic and healing qualities of nature's motion in controlled spaces. And in order to retain the spontaneity of live organisms in a virtual environment, eSea’s visual content is designed as a captivating illusion.

"There are many regulated environments in healthcare, senior living, and other institutional as well as commercial environments where setting up a live aquarium is both a health hazard and a costly feature to maintain" says Skye Witherspoon, CEO of Sky Factory. 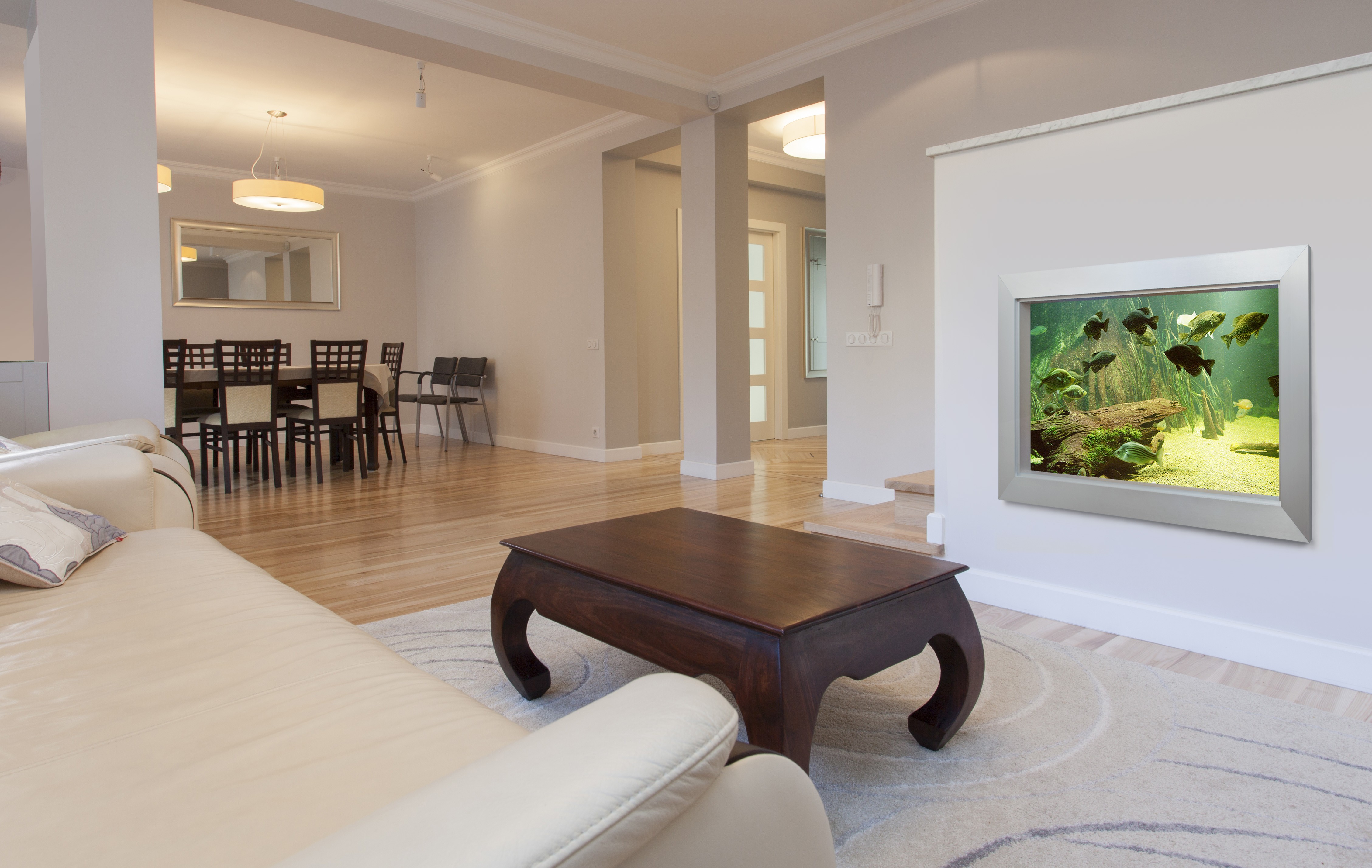 "However, when the installation is part and parcel of the interior envelope, the viewer's perception of the content is dramatically different. It's not like watching television, where the medium is a separate object in the room. With eSea, viewers peer into an underwater landscape that extends into the wall like it does in large-scale aquariums."

"First, we start by capturing the motion of life itself," says Bill Witherspoon, Sky Factory's founder. "It is our experience that nature is always on the move.

"Whether we experience it in the soothing movement of clouds, the fluttering of leaves or the gentle ebb and flow of water, above or below the surface, this movement is called 'Heraclitean motion'-a gentle pattern of movement that is random, but cyclical-always changing, yet remaining peacefully familiar.

"This type of motion is a universal phenomenon and that is why it rekindles our innate, genetic-based need to bond with nature—called biophilia—triggering an automatic “relaxation response” in the physiology," explains the founder. 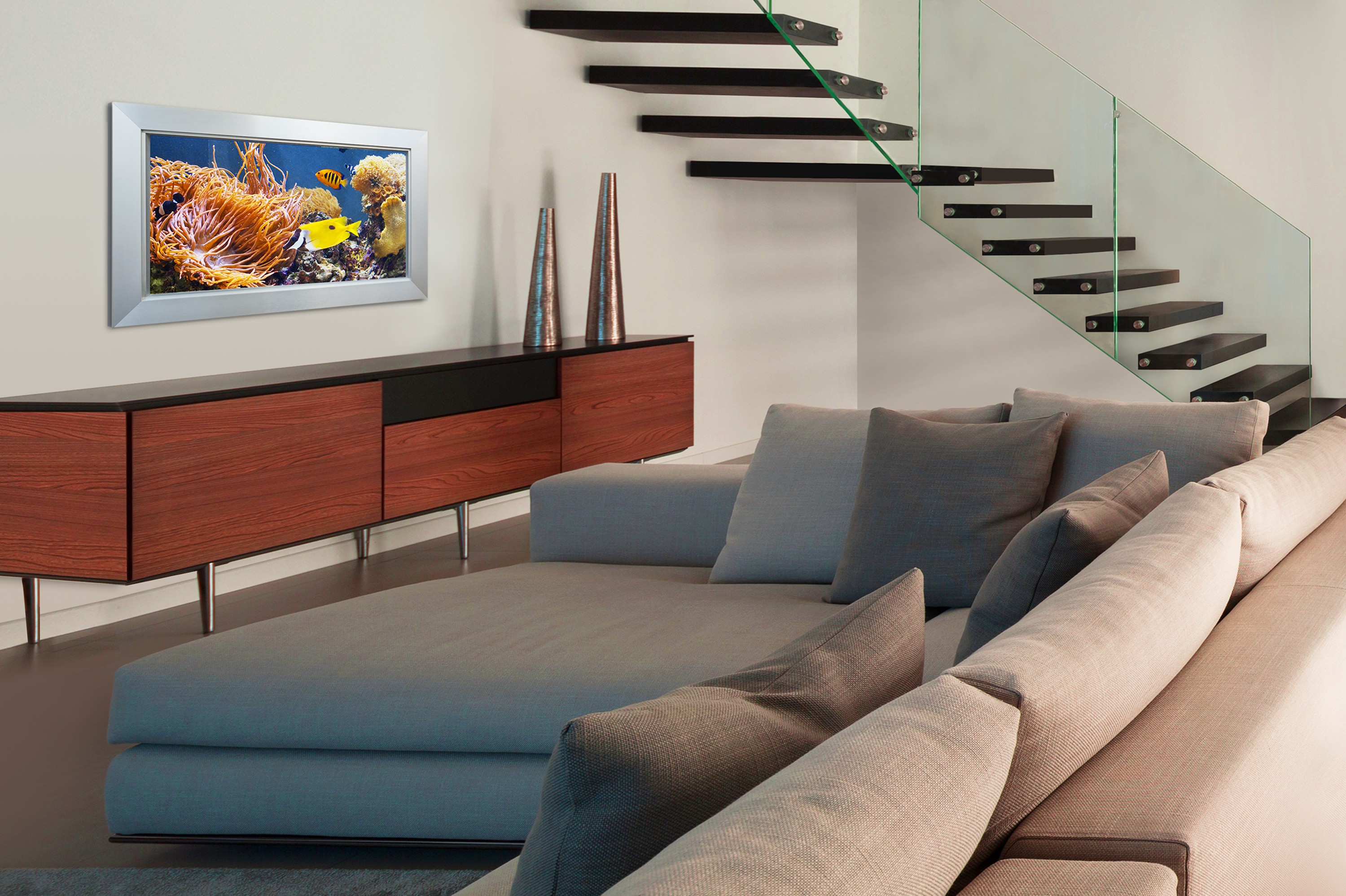 The 46" eSea creates a dramatic focal point that deepens biophilic engagement at nearly one third the cost of the set up and maintenance of a comparable 90-gallon saltwater aquarium measuring about 4 feet long and 18 inches deep. Unlike a real saltwater fish tank this size, which would weigh over 1,000 pounds, require additional space for a water filtration system, and cost over $17,334 to set up and another $2,700 per year to maintain[1], eSea is an easy plug-and-play system that is basically maintenance-free.

eSea comes with 5 underwater scenes, featuring everything from Deep Sea Nettle Jellyfish to a shimmering Shark Reef, an aqua-blue Amazonian River to a fun underwater nook with Clown Fish and Anemones, all recorded in UltraHD and mastered & played back in high bit rate full HD, rendering it beyond Blu-ray quality. 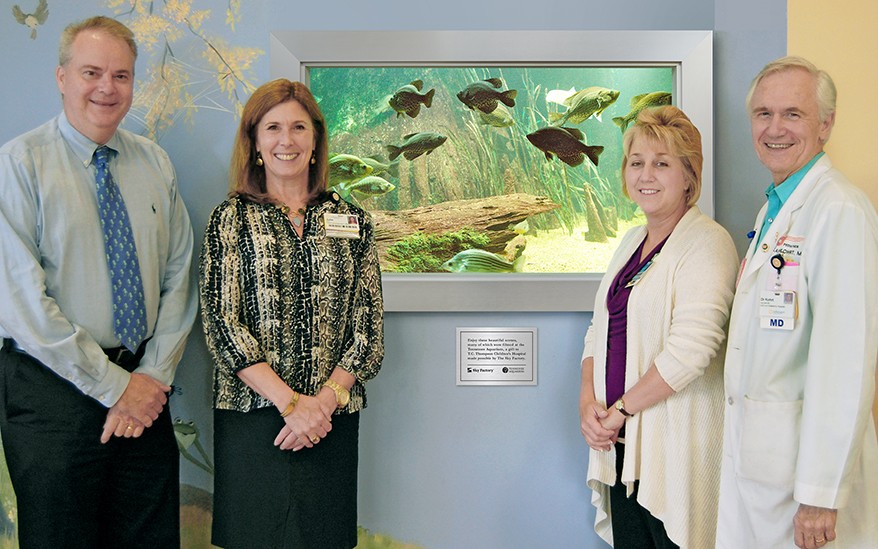 "eSea was inspired by Sky Factory's core mission to sustain and enrich life," says Radim Schreiber, an award-winning photographer and videographer at Sky Factory. "Coral reefs, and other unique underwater habitats, are disappearing due to unregulated human activity. We hope that by bringing the beauty and amazing creatures that live undersea, we can inspire people to protect these precious environments and realize that the ocean's ecosystems are irreplaceable."